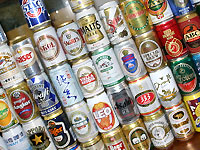 If you’ve been living with an alcohol or drug problem for a while now, you know how devastating it can be. Your friends and family tell you that you need to change. You may have been in trouble at work or with the law. You’ve tried to cut back, but you always seem to end up using again or drinking just as much as you were—or more. You’ve tried to quit completely, but you just can’t seem to do it. So you just tell everyone you don’t have a problem and to get off your back. You tell yourself you’ll quit tomorrow, but tomorrow never comes. You blame others around you: “If he would just do this or if she would just stop doing that.”

The truth is—you might have a problem. You just don’t know what to do or where to turn. You’ve come to the right place. We are here to help you.

If you suspect that you might have a drinking problem, or you know someone who abuses alcohol, use our confidential contact form, contact Prevention Works at (716) 664-3608 or call The National Drug and Alcohol Treatment Referral Routing Service at 1-800-662-HELP (4357).

Anyone of any age who is experiencing a personal, emotional or mental health crisis can call Chautauqua Crisis Services 24 hours a day: 1-800-724-0461.

Ethyl alcohol, or ethanol, is an intoxicating ingredient found in beer, wine, and liquor. Alcohol is produced by the fermentation of yeast, sugars, and starches.

Excessive drinking both in the form of heavy drinking or binge drinking, is associated with numerous health problems, including but not limited to:

How does alcohol affect a person?

Alcohol affects every organ in the body. It is a central nervous system depressant that is rapidly absorbed from the stomach and small intestine into the bloodstream. Alcohol is metabolized in the liver by enzymes; however, the liver can only metabolize a small amount of alcohol at a time, leaving the excess alcohol to circulate throughout the body. The intensity of the effect of alcohol on the body is directly related to the amount consumed.

Why do some people react differently to alcohol than others?

Individual reactions to alcohol vary, and are influenced by many factors, including but not limited to:

What is the difference between alcoholism and an alcohol problem?

Alcoholism or alcohol dependence is a diagnosable disease characterized by several factors, including a strong craving for alcohol, continued use despite harm or personal injury, the inability to limit drinking, physical illness when drinking stops, and the need to increase the amount drunk to feel the effects.

Excessive alcohol consumption may result in harm to one's health, interpersonal relationships, or ability to work. Certain manifestations of alcohol-related problems include failure to fulfill responsibilities at work, school or home; drinking in dangerous situations, such as while driving; legal problems associated with alcohol use; and continued drinking despite problems that are caused or worsened by drinking. Excessive alcohol consumption can lead to alcohol dependence.

How do I know if I have an alcohol problem?

Drinking is a problem if it causes trouble in your relationships, in school, in social activities, or in how you think and feel.

Click here to take a confidential self-test to assess your drinking patterns and receive personalized feedback. You'll find out whether your alcohol consumption is likely to be within safe limits, or if it may be harmful to your health, either now or in the future.