Some people say it is dangerous. Some people say it is harmless. Some say it is a helpful medicine. There are some facts that you should know about marijuana. It is the most widely used and abused illicit drug in the United States. It contains more than 400 different chemicals. The main mind-altering chemical is THC, delta-9 tetrahydrocannabinol. THC content after cultivation can range from less than 1% to over 30%. This level has been increasing dramatically making marijuana more potent and more addictive. 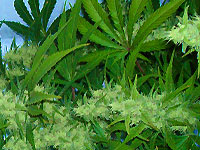 With the increased use and interest in marijuana, it is important for the community to learn more about the drug. Additionally, the research-based PRIDE Survey done by CASAC in our county’s middle and high schools last winter showed an increase in the number of students who felt that it was not harmful to use marijuana. Compared to the 86.5% that say smoking tobacco is harmful, just 43% say marijuana is harmful! Marijuana use in our county’s youth starts at about 13.7 years old.”

One of the reasons youth and young adults don’t see the danger in smoking marijuana is the efforts to legalize marijuana in some form or other across the country. Pointing to efforts to legalize it for medical use, if it is called medicine then where is the harm? Currently the FDA has approved two cannabinoid-based medications that include synthetic compounds: Marinol and Cesamet. Both of these can be prescribed by physicians.

The 2011 Monitoring the Future (MTF) Survey, released Dec. 2011 by the National Institute on Drug Abuse (NIDA) and the University of Michigan, showed a continued increase in marijuana use rates among youth in all grades measured. NIDA research also has shown that, in chronic users, there is an adverse impact on learning and memory that can last for days or weeks after the acute effects of the drug wear off. Daily marijuana smokers may be functioning at a suboptimal level all of the time. Marijuana can be addictive. Each year more teens enter treatment with a primary diagnosis of marijuana dependence than all other illicit drugs combined.

For the above reasons and many more, CASAC is opposed to the use of marijuana as a recreational drug. The negative effects of marijuana on health and safety strongly correlate to many mental, emotional, psychological, physical and spiritual problems. Many crimes, accidents, job and school performance problems have been associated with the use of marijuana. Ms. Munson said local employers are concerned that job applicants cannot pass the initial drug testing. It would be interesting to obtain information on how many show positive results for marijuana use.

As with alcohol and other drugs, marijuana use can lead to profound, chronic and progressive chemical dependency that will adversely impact the quality of life for many residents. It will also impact individuals, families, employers, schools and our communities.