Know the Signs and Symptoms of an Overdose

Depressant drugs, including alcohol, heroin and other opioids, and benzodiazepines, slow the messages traveling between the brain and the body.

Some signs of a depressant drug overdose include:

Stimulant drugs, including amphetamines and cocaine, speed up the messages traveling between the brain and the body.

Some signs of a stimulant drug overdose include: 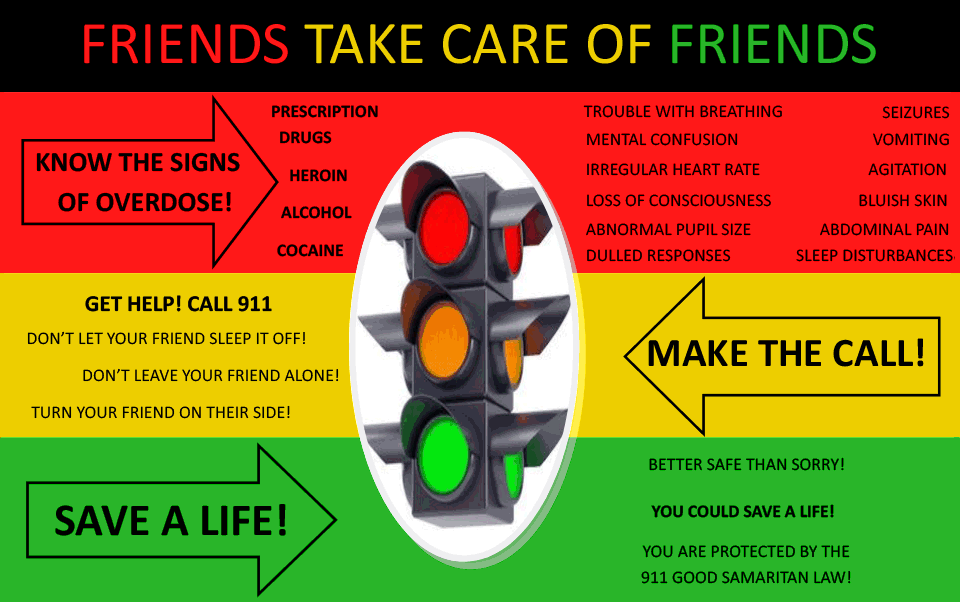 If you see an overdose, get help: call 911 immediately!

The 911 Good Samaritan Law seeks to encourage people to call 911 when witnessing or experiencing an alcohol or drug overdose by providing a limited shield from charges and prosecution for possession of narcotics, marijuana, and alcohol for minors.

This policy also provides limited immunity from arrest when the witness who calls 911 or the overdosed victim possesses residual or very small amounts of drugs.